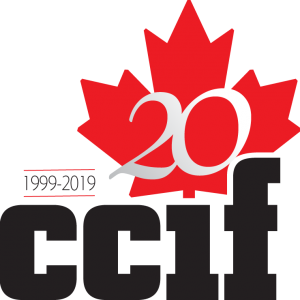 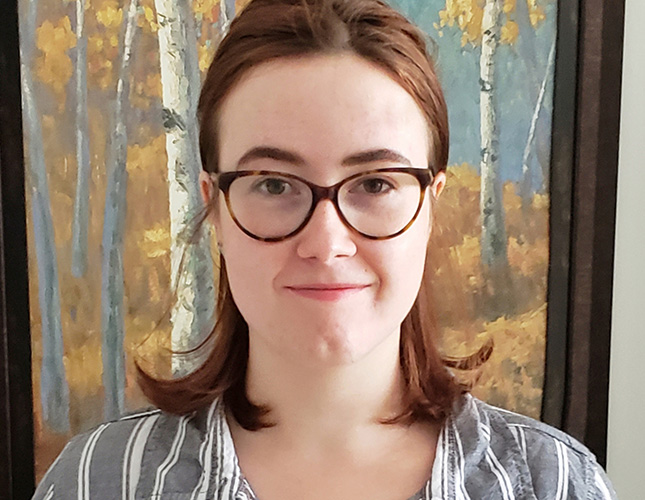 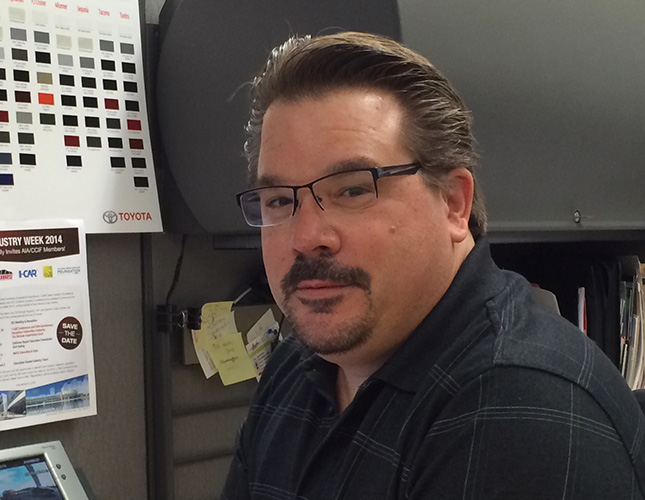 Paul Stella: The impact of counterfeit parts
Paul Stella, 34 years’ experience at Toyota Canada Inc. Held various positions such as Warehouse Operation Manager, Manager Parts Operations, Parts and Service Area Manager for Toyota and Lexus, Manager Vehicle Processing Centre. Has in-depth knowledge of the Toyota Production System / Toyota-Way. Is a huge fan of NASCAR and is a graduate at Centennial College Automotive Technician Program. For the past 8 years Paul has been the Manager for the Collision Repair and Refinish program at Toyota Canada. For the past 4 years Paul has also taken on the responsibilities of brand protection for Toyota and Lexus brands. 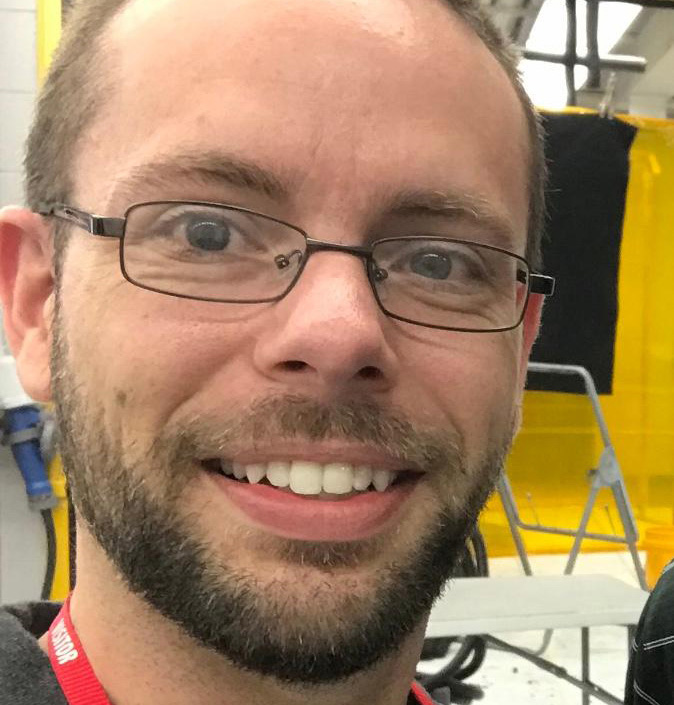 Ben Hart: Test your knowledge
Ben Hart has been around the Collision Industry his entire life.

He started working on vehicles almost 20 years ago and made his passion into a career becoming a Journeyman Auto Body Technician and Refinisher.

During his career in production collision body shops he was heavily involved in the industry which includes seven years spent working with Apprenticeship and Industry Training in Alberta.

Ben is now in his third year of Instructing Apprentices at SAIT (Southern Alberta Institute of Technology) where he combines his devotion to the industry with his enthusiasm to teach. 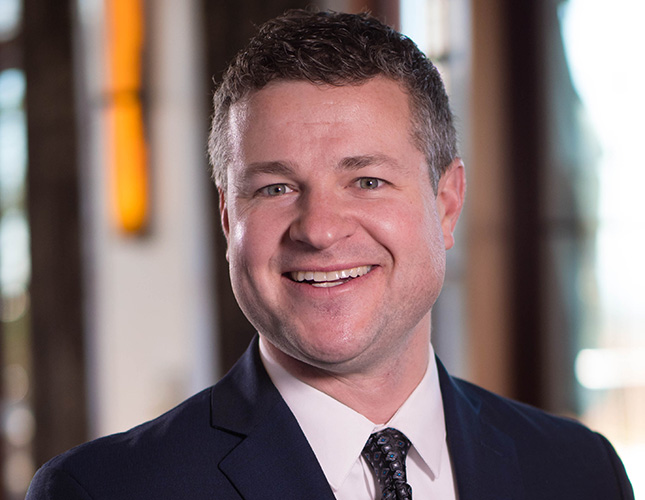 Ryan Mandell, Mitchell International: A Focused Look at Managing Performance and the Evolving Role of Blockchain in Collision Repair
Ryan Mandell is the Director of Performance Consulting for Mitchell International. Ryan has spent his entire career in the automotive industry and has a wide array of experiences ranging from field claims appraiser, body shop manager, and most recently as a regional director for a large recycled parts supplier in the Pacific Northwest. In his current role, Ryan works hand in hand with insurance executives and material damage leaders to provide actionable insights and consultative direction for their claims organizations. Ryan earned his Master of Arts degree from Northern Arizona University and his Bachelor of Arts from the University of San Diego. Ryan also received the Accredited Automotive Manager designation from the Automotive Management Institute in 2016 and maintains ASE Certifications as both a collision damage estimator and parts specialist. In 2015, he was selected as was one of the top 40 Business and Community Leaders in Western Washington under the age of 40 by Business Examiner Magazine. 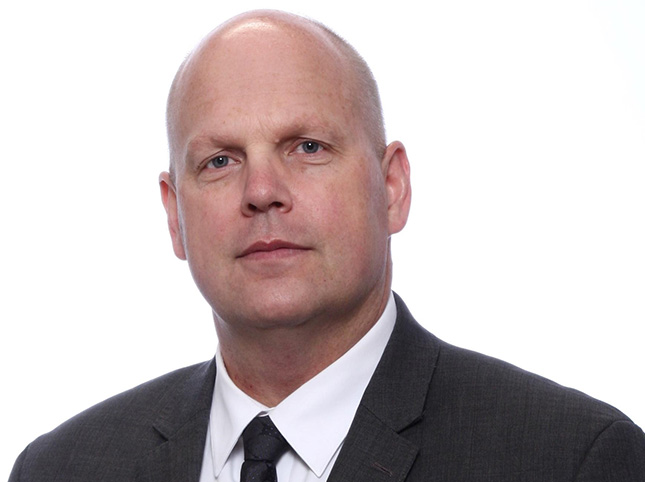 Bryan Gast, Insurance Bureau of Canada: Insurance Fraud
Bryan Gast is the National Director of the Investigative Services Division (ISD) at Insurance Bureau of Canada (IBC). Bryan oversees the national operations of IBC’s ISD, ensuring products and services align with the industry’s strategic direction and provide the best value to its member insurance companies. As a member-led, industry association, IBC is responsible for facilitating the development, communication, and implementation of a holistic strategy for the detection, prevention, and deterrence of fraud perpetrated against its members.Bryan joined IBC after 30 years of service with law enforcement. His most recent post with the Ontario Provincial Police (OPP) was Detective Inspection in the Criminal Investigation Branch. Prior to that post, he spent 19 years in the OPP Anti-Rackets Branch managing/investigating all facets of insurance fraud investigations, corporate fraud investigations, identity theft investigations, health care fraud investigations and other complex criminal investigations. He was the Unit Commander of the OPP Anti-Rackets Economic Crimes and Corruption Unit, and Unit Commander of the OPP Anti-Rackets Branch Provincial Identity Crimes Unit. Bryan recognizes the importance of stakeholder collaboration in the fight against fraud and strives to build and maintain partnerships. 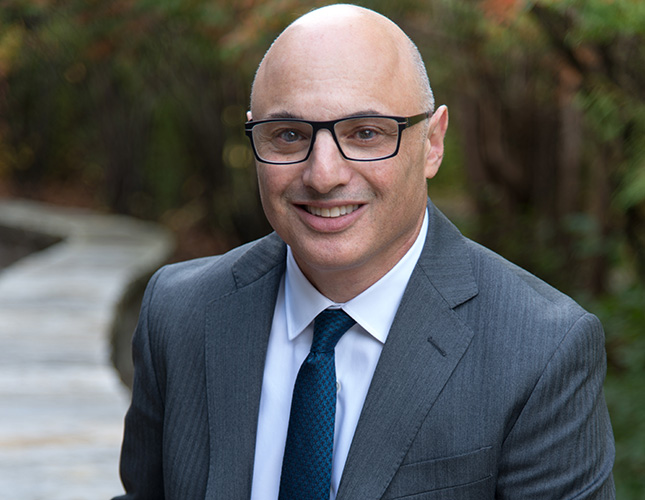 Joel Baker: Engine Light On! Troubled Times for Auto Insurers
Joel Baker has devoted his career to the insurance industry, gaining expertise as one of Canada’s leading authorities on insurance industry analytics. In 2004, he founded MSA Research Inc., the renowned analytical research and financial publishing firm entrusted to provide independent, accurate research and analysis to all those who have a stake in the Canadian insurance industry. MSA Research Inc.’s clients include the overwhelming majority of Canada’s insurers, reinsurers, brokers, reinsurance brokerages, risk managers, industry associations, regulators, investment bankers and equity analysts.Joel began his career in the insurance industry with the Sun Alliance Insurance Company of Canada, now part of RSA Canada. In 1994, recognition of his analytical capabilities resulted in him being offered the position of General Manager with the Canadian rating agency, TRAC Insurance Services Ltd., which he led until 1999. When the company was acquired by A.M. Best, he led A.M. Best Canada for four more years, during which time he was heavily involved in the rating process of property and casualty insurers, as well as life insurance companies.Joel’s depth of understanding of the Canadian insurance industry makes him frequently called upon to comment on industry results. He is often quoted on his unique perspective of the industry. It was Joel’s commitment to the industry that prompted him to create a forum in which all of Canada’s insurance leaders could unite to share ideas, insights and initiatives that would strengthen the country’s property and casualty insurance industry. In 2007, he launched the National Insurance Conference of Canada (NICC), which quickly became the Canadian P&C industry’s pre-eminent leadership forum. The highly anticipated 13th NICC will be held at the Sheraton Centre in Montreal, QC from September 22-24, 2019.Another long-standing conference focused solely on financial and actuarial issues confronting insurers was launched by MSA in 2010, the Canadian Insurance Financial Forum (CIFF). This event will be held June 1-2, 2020 at the Metro Toronto Convention Centre and will include MSA’s P&C and Life/Health training bootcamp.Now approaching its sixth year in Canada and second year in Bermuda, the International Cyber Risk Management Conference (ICRMC) addresses the most salient and timely issues that will help organizations manage cyber risk internally and effectively transfer it. The ICRMC brings together the most comprehensive spectrum of issues and experts in one place. The Bermudian edition of the ICRMC will run Dec 4-6, 2019 at the Hamilton Princess & Beach Club.In 2014, Joel also founded Catastrophe Indices and Quantification Inc. (CatIQ), delivering detailed analytical and meteorological information on Canadian natural and man-made catastrophes. Through its online subscription-based application, CatIQ combines comprehensive insured loss indices and other related information to better serve the risk management needs of the insurance and reinsurance industries. CatIQ’s fifth annual CatIQ Connect conference will take place at the Metro Toronto Convention Centre, February 3-5, 2020.New in 2018, MSA launched InsurTech North. This new forum is designed specifically for digital leaders, entrepreneurs and venture capitalists in the P&C and Life/Health insurance space. The 3rd annual InsurTech North runs April 6-7, 2020 at the Beanfield Centre in Toronto.

Joel will be moderator for the insurer panel discussion. 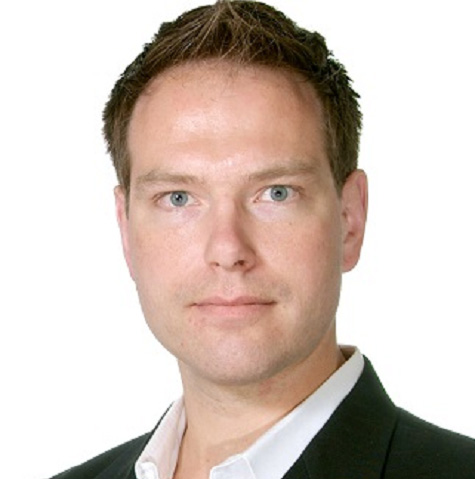 Steven Hansen, Raymond James Ltd.: Trends Shaping the North American Collision Industry
Steven Hansen joined Raymond James Ltd. in October 2005, and covers the transportation, chemicals, and agribusiness industries. This coverage includes TSX-listed Boyd Auto Group (BYD.UN) where, in partnership with Supplement Advisory Co., he publishes a proprietary quarterly survey that monitors key trends across the North American collision industry. In 2011, he was ranked as the number one stockpicker for his industry by StarMine, and in the same year, he achieved TopGun status with Brendan Wood. Prior to joining the firm, Mr. Hansen was employed as a stock analyst with Morningstar covering the paper & forest products sector. Mr. Hansen holds an MBA from the Richard Ivey School of Business and a bachelor of science in forestry from the University of British Columbia. Mr. Hansen also holds his CMA designation and has the Chartered Financial Analyst designation.

Please reserve your room by SEPTEMBER 4, 2019 – rooms are limited, on a first come, first served basis.

Thank you for your interest in our event.

CCIF Calgary 2019 has officially SOLD OUT!

Please contact info@ccif.ca for more information. We look forward to seeing all the attendees in Calgary!